United leave it late to deny Newark - The Solihull Observer 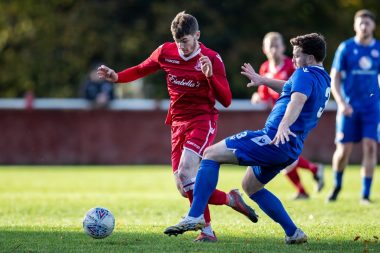 Simon Lyons’ side made it two games unbeaten – both against Nottinghamshire sides – after Highgate’s latest draw at The Coppice, with Ikechukwu’s coming to the rescue to cancel out Rhys Dolan’s first-half opener for the visitors.

While United sit third from bottom in the Midland League Premier Division, they more than held their own against their promotion-chasing opponents, suggesting an upturn in form could be on the cards pending the continuation of the season after the announcement of a second lockdown later this week. 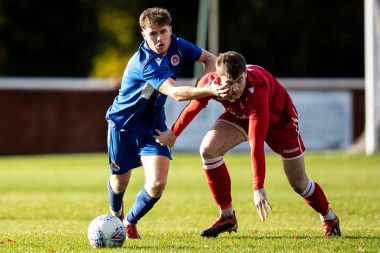 Newark caused an early scare when hitting the post just four minutes into last weekend’s encounter, with the follow-up attempt having to be cleared from danger by the well-placed Trevor Edwards on Highgate’s goal-line.

The woodwork played a recurring role in the opening stages, with Luke Barlone’s effort tipped onto the post by Jason White down the other end.

Lewis Fenney kept the game goalless with an outstanding stop to keep out Danny Meadows’ 25-yard attempt as the end-to-end contest threatened an imminent breakthrough.

And so it proved, as Newark dealt first blood when Dolan thrashed the ball into the net unopposed from 20 yards out. 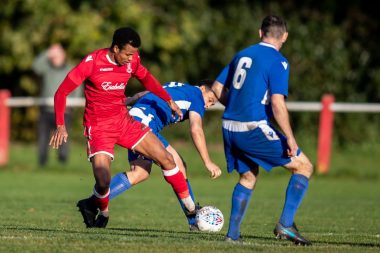 Solace Uyi-Olaye almost added to Highate’s woes when failing to dispatch Daniel Meadows’ teasing cross into the near post with a finish that whistled over the bar.

With no further goals before the break, United slowly grew into the game after the restart despite Newark’s best efforts to build on their lead.

Barlone should have done better after bringing the ball into Newark’s penalty area but failing to get a shot away after doing the hard part.

The hosts’ attempts to step up the pressure did not look like bearing fruit as time ticked away to the game’s finale, but up stepped Ikechukwu to rise highest and thump a Kieren Westwood corner into the back of the net with eight minutes to play. 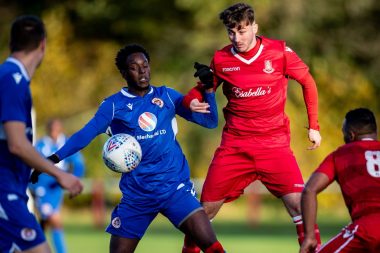 And while Highgate substitute Chandler Pegg squandered a late opportunity for a winner, following a mistake by Newark skipper Nathan Stainfield, United will ultimately be pleased with the full-time result in what may well rank as their last fixture prior to lockdown.

Should English grassroots football survive the new lockdown restrictions set to be imposed on Thursday, United will head to Coventry Sphinx on Saturday (3pm).