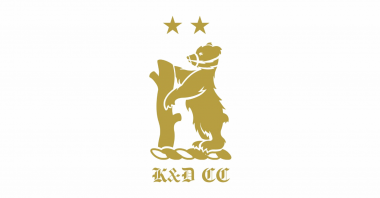 The duo combined for a stunning 161-run second-wicket partnership as the Station Road hosts finished the Birmingham & District League Premier Division One clash on 287-2.

And while visitors Spa were able to see out their innings at 230-7, K&D took the greater share of the spoils, leading skipper Jack Grundy to sing the praises of his hot-shot batsmen.

“It was quite challenging at the top of the innings and Alex and Amir [Khan] did really well to see off the new ball,” he said. “Alex then really accelerated superbly in the middle of the innings and for him to keep going and finish with 139 allowed Hamza to play how he did.

“For Hamza to then score a hundred off 80 balls was extremely impressive.

“He must have scored 40 off the last four overs by stepping across and flicking the ball or pulling over the leg side.”

After Khan (32) and Phillips (139) opened with a stand of 93 runs, it was the latter’s combination with number three Shaikh (100no) that really set the game alight for Knowle & Dorridge. In all, the pair provided 23 boundary hits, with seven sixes ramping up their score as Leamington were put to the sword.

With Phillips eventually seen off at 254-2 by Oliver Currill (1-102), the run rate did not slow for the 15 balls that remained as the hosts finished strongly.

In reply, Leamington opener Luke De Souza (50), skipper Jonathan Wigley (58) and Currill (50) provided the bulk of the runs for their side, with two of the three danger men taken out by K&D’s stand-out bowler Adam Williams (3-35).

Sat in fourth, Knowle & Dorridge can leapfrog third-placed Smethwick with a win on away soil on Saturday.