Municipal come out on top - The Solihull Observer

Municipal come out on top 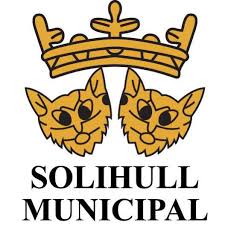 IT WAS a case of so near, yet so far for Rugby, following their four-wicket Warwickshire League Premier Division defeat to Solihull Municipal last weekend.

The hosts, who had batted first and hit 192-6 after winning the toss, had done well to limit Municipal’s batsmen in their response, but Solihull got home with just10 balls remaining.

Rugby struggled to make an impression on their mid-table opponents after slipping to 12-2 – openers Hugh Cochrane (6) and Raj Chohan (0) falling early – but found some rhythm when Charlie Robards (18) and Wes Landsdale (36) combined for 51 runs.

Lansdale struck eight fours, a total only beaten by unbeaten talisman Owen Edwards (72 not out), who smashed ten balls into the boundary to drag his side’s score closer to the 200-run mark.

Municipal skipper Mike Rowley (39no) and Alex Roslyn (35) kept the scoreboard ticking over before Rowley and Danyal Mehmood (8no) saw their side over the line, despite excellent economy rates from Ewer and Lansdale.

Next up, second-bottom Rugby visit fellow strugglers Sutton Coldfield, who sit 10 points above them, at Rectory Park in what could be a season-defining encounter on Saturday.

Led by Chaitanya Kurusala (80) after Corby elected to field first, the hosts bounced back from Anshul Satsangi’s departure at 12-1 to rack up an impressive 286-2 score.

After contributing to a stand of 130 runs with Kurusala, centurion Ashley Rayner (122no) then found form with number four Scott Cluley (70, no) to put together a 146-run partnership that put Willoughby in the driving seat.

And despite Martin Pearce (46) and Luke Jackson (36) impressing, the visitors lacked the firepower to ever really challenge their rivals’ score.

Willoughby go to Mears Ashby next on Saturday.