FOOTBALL: WINGER Omari Sterling-James has committed his future to Solihull Moors after putting pen-to-paper on a new deal with the National League Club.

Fresh from scoring four goals in his last two games, the 23-year-old has decided to commit his immediate future to The Moors after agreeing new terms with the club.

The former Birmingham City trainee, who also enjoyed loan spells at Oxford City and Gloucester City, has so far been a star performer for the Moors this season having made 27 appearances in all competitions with a return of six goals.

Moors boss Liam McDonald worked with Sterling-James at Redditch United and is predicting a bright future for the exciting winger.

He said: “It’s good to be back working with Omari again having originally taken him from step five to step three when he joined me at Redditch from Alvechurch in 2013 before he went on to the Football League with Cheltenham.

“It’s an absolute pleasure working with a player of Omari’s ability and the next priority for me is to make him an even better player which is why we’ve given him a new contract.

“Omari has the potential to be a very good player and the challenge now is to make him more consistent. He’s shown his value to the team in our last two games (against Dagenham & Redbridge and Chester) where at times he was unplayable and scored great goals. 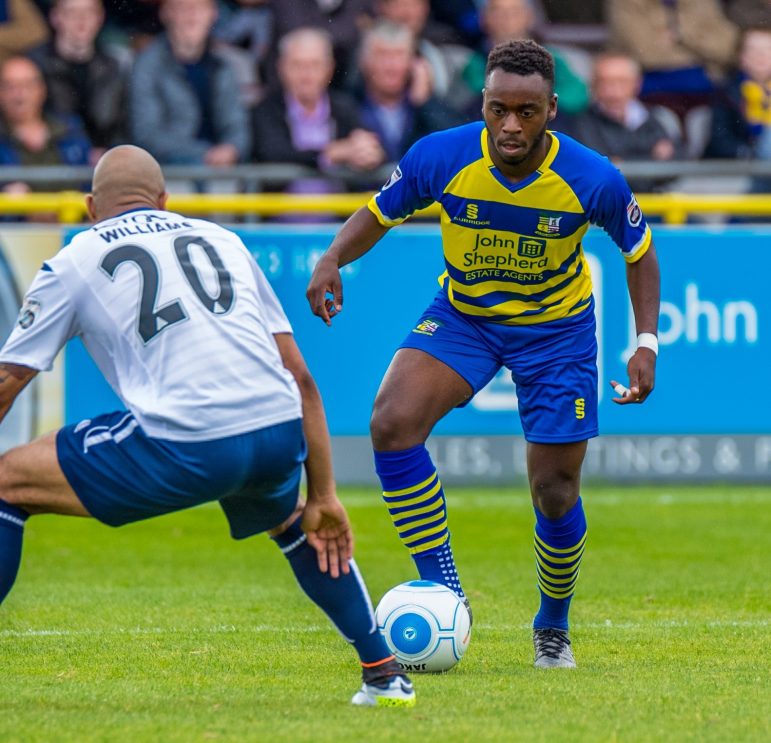 “He’s been fantastic and deserves all of the plaudits he’s been getting. Teams are fearing him at the moment because he’s not just good for scoring goals but creating them too.

“Omari’s playing with a smile on his face and enjoying his football at the moment which is always important but we want to keep him focused and help to make him an even better player.”

Sterling-James added: “I’m thoroughly enjoying my football at the moment and feel in a good place in my playing career here at Solihull.

“I’ve really enjoyed working with Liam McDonald again and feel that this football club is going places which is why I decided to sign a new contract.”