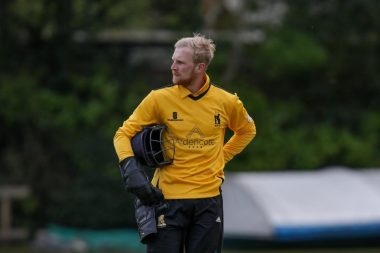 Centurion James Middleton was the standout man for the home side.

The Station Road hosts’ number five dragged his side out of a rut at 54-4, laying on 145 runs from 133 balls faced to help K&D post a resounding 371-7 score, one which the visitors were unlikely to ever challenge before falling short in the 44th over.

It means Knowle & Dorridge, third, are 28 behind leaders Berkswell with two matches left to play, with successive victories now required to capitalise on any potential slip-ups from their neighbours.

A stand of 165 runs between Middleton and Sam Reddish (68) was the highlight of the innings for the home side, though the contribution of tailender Aristides Karvelas (81, no) to lay on 95 runs alongside K&D’s tailsman was also notable.

In reply, Mohammed Umar Shaikh (3-43) and Adam Williams (3-57) both starred to stump Ombersley time and again with dangerous deliveries – with only visiting skipper Gareth Andrew (50) managing to impress at the crease.