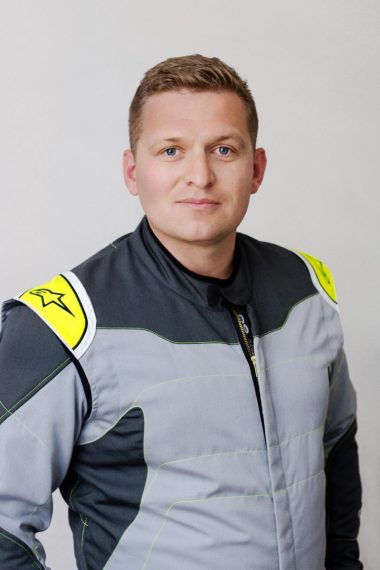 Will Powell is hoping to make an assault on the Britcar Endurance Championship title.

KNOWLE-based racing driver Will Powell has his sights firmly set on winning the Britcar Endurance Championship title this year after a 2020 campaign disrupted by the pandemic.

Powell and Dave Scaramanga, from Bath, will share a brand new McLaren 650S GT3 prepared and entered by the former’s Motus One Racing team and sponsored by Moorgate Motorsport Finance.

Silverstone-based Motus took delivery of its sleek McLaren 650S GT3 in mid-February and shook it down for the first time at the Northamptonshire circuit last week.

The 650S is powered by a 3.8 litre, V8 twin turbo McLaren engine producing around 500bhp, has a top speed of over 200mph and can accelerate from 0-62mph in three secs.

The opening rounds of this year’s Britcar series are scheduled to be staged at Silverstone on April 24-25.

Team principal Powell said: “We’re delighted to be back in the top class of Britcar and introduce both our McLaren 650S GT3 and Moorgate Motorsport Finance to the paddock.

“While a 650S GT3 did a couple of races in 2019, this year marks the first time one has contested a full season and our aim is to make history by achieving Britcar title success with the McLaren.

“After a year of learning GT racing for my co-driver Dave Scaramanga in 2020, where we missed a few rounds due to COVID-19, we’re in good shape for what looks like one of Britcar’s most competitive-ever seasons.”