A SURPRISING 3-0 collapse at the hands of underdogs AFC Bridgnorth mean hopes of an FA Cup run came to a premature end for Highgate United in the extra preliminary round on Tuesday night.

The Gate, led by the new management duo of Stuart Grosvenor and Craig Woodley, were unable to cope with their opponents from the West Midlands (Regional) Premier Division, going behind to Cameron Milne’s sensational strike on 37 minutes. 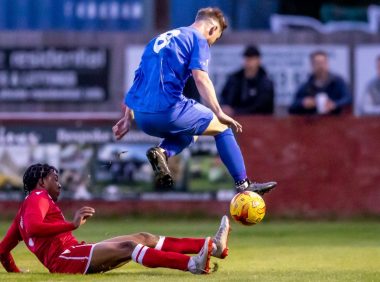 A second goal followed just seconds later when Charlie Knowles doubled Bridgnorth’s lead at the break to give the visitors real hope of causing a shock at The Coppice.

Jason Pike’s fierce strike from the penalty spot with 20 minutes remaining then confirmed Highgate’s worst fears to leave Grosvenor and Woodley with plenty of head scratching to do before Saturday’s league opener.

The long-awaited return to Midland League Premier Division football will leave many fans raring to go in spite of the midweek disappointment, with a home game against AFC Wulfrunians (3pm) getting proceedings underway.

A first away day of the season then follows with Tuesday night’s trip to Shropshire side Haughmond (7.45pm).