FOOTBALL: ENGLAND international Karen Carney was quick to thank the support of the her family and friends after being awarded an MBE in the Queen’s New Year’s Honours list for her services to football.

The former Birmingham City star was one of two England aces, along with Alex Scott, who was selected to pick up the honour and Carney admits it was difficult to keep the news quiet amongst friends and family because of their help and support throughout her career.

“I didn’t know anything about it,” a shocked Carney told the Observer. “I was really shocked because I didn’t know someone had put me forward.

“It was very difficult to keep quiet from the rest of my family and friends because you go through some really good and bad times in your career so when something good happens you want to share the news with people.

“That’s why it was hard not to share the news with the rest of my family, friends and my boyfriend.

“The MBE is great and picking up my 100th cap was amazing. It’s those moments when you realise how important friends and family are and what it means to share the moments with them too.

“They have made lots of sacrifices along the way and it’s such a meaningful moment in their lives too.

“I’m a very family orientated person and I’m blessed to have such a wonderful family. We don’t get to see our family friends that often. Some people only see them one time a year at Christmas.

“Sport brings family together and as you get older you realise how important they are to you.” 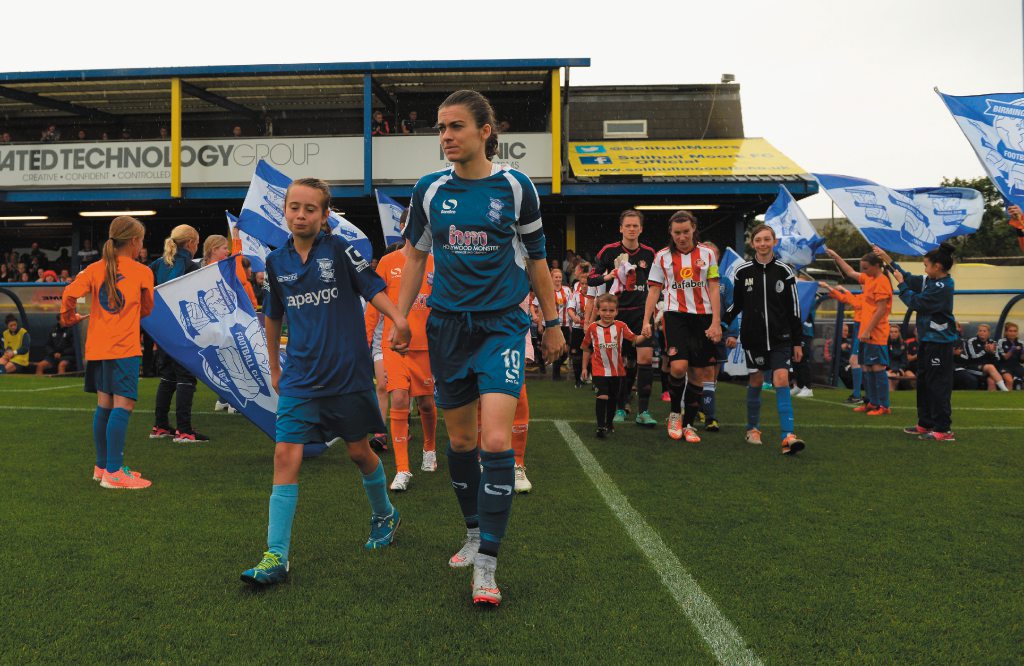 Solihull-born Carney has picked up 122 caps for her country and has helped raise the profile of women’s football in the country with successful stints at Blues, Arsenal and current club Chelsea.

Asked what her favourite moment in a hugely successful career so far has been, Carney recalls: “Getting my 100th cap for England was a real honour.

“It’s every boy’s dream to play at Wembley so for me being a girl and leading the national team out at one of the most iconic stadiums in the world is a moment I will never forget.

“It was an emotional game for me to play and in truth it was one of my worst games for England because I’d been so worried about not getting injured in the build up!”

Carney’s England journey started back in 2005 when she came off the bench to score on her debut in a 4-1 victory over Italy and the rest as they say is history.

“2005 was such a long time ago but and yet it only feels like it was yesterday. In sport you have to keep checking over your shoulder and pushing yourself.

“There’s always someone catching up on you so you need to make sure you’re always trying to make yourself better.

“Looking back 2005 was a bit of a whirlwind but I always tried hard to play as much as I could.

“I don’t think it will be until when I retire and look back on my career when I realise what I’ve achieved in football but there are still plenty of more things I want to achieve in the game.

“I’ve been involved in football for a long time and I’ve always looked forward because there’s always someone behind your back. I’ve always had a passion for the game and I’d like to think I’ve encouraged more people to participate.” 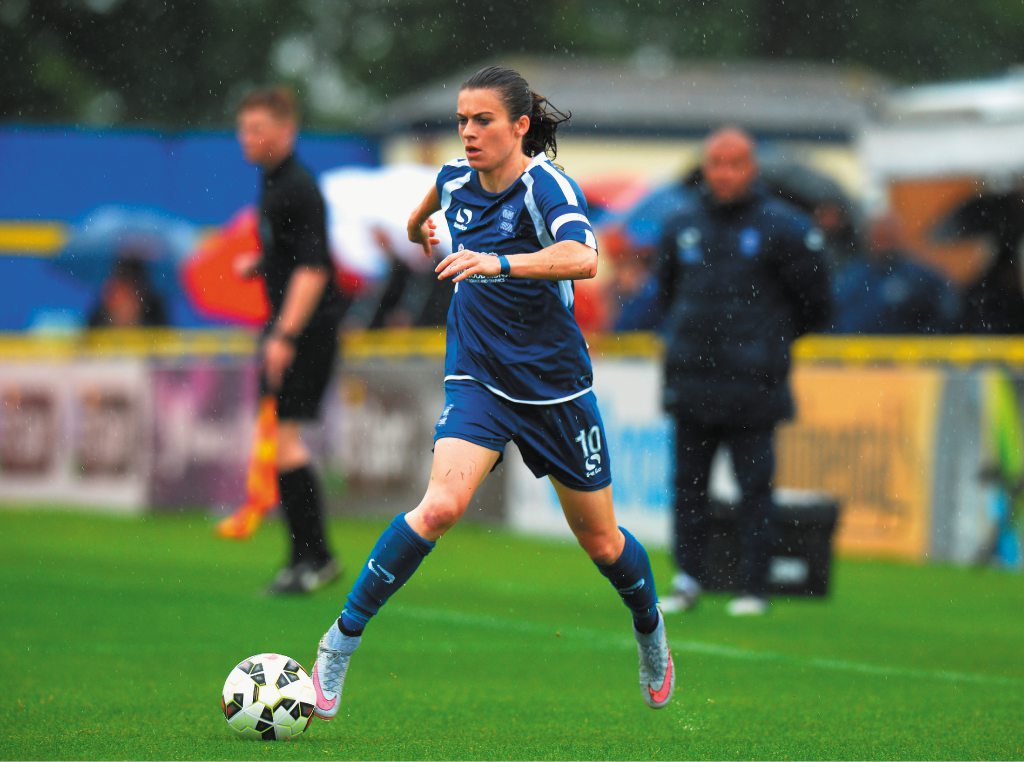 Carney has enjoyed spells with a number of domestic clubs including Birmingham City Ladies where she spent four enjoyable years between 2011-2015 before moving to the capital to Women’s Super League rivals Chelsea.

She worked under the recently departed David Parker and had kind words to say about her former boss, but is confident the club can grow further under the stewardship of new manager Mark Skinner.

“David (Parker) is a really nice guy who has done extremely well at Birmingham City but sometimes it’s not such a bad thing to take a step away. He’s a good manager and I’m sure he’ll go onto great things elsewhere.

Mark (Skinner) has come in now and it’s an exciting time for everyone at the club. He’s been at the club in various different roles and he’s been handed the top job.

He’s been handed a good squad there and I’m sure he’ll help the team kick on and the fans will relish having a manager like him in charge.

Away from the field Carney has also helped raise awareness of depression having openly admitted to suffering from the illness during her career.

And she hopes her previous experiences will continue to help others overcome their issues.

“Nobody in my family even knew what I was going through until I released the article.

“It was one of those things where I wasn’t looking to gain publicity, I just wanted to get the message out there and share my story with millions of people who are suffering with depression too.

“I get fed up with stereotypes and mental health is exactly the same.

“I had an amazing support group around me but I know that some people aren’t as lucky.

“I hope that bringing the topic out in the open has helped other people because I’m fed up of seeing so many negative comments about it.” 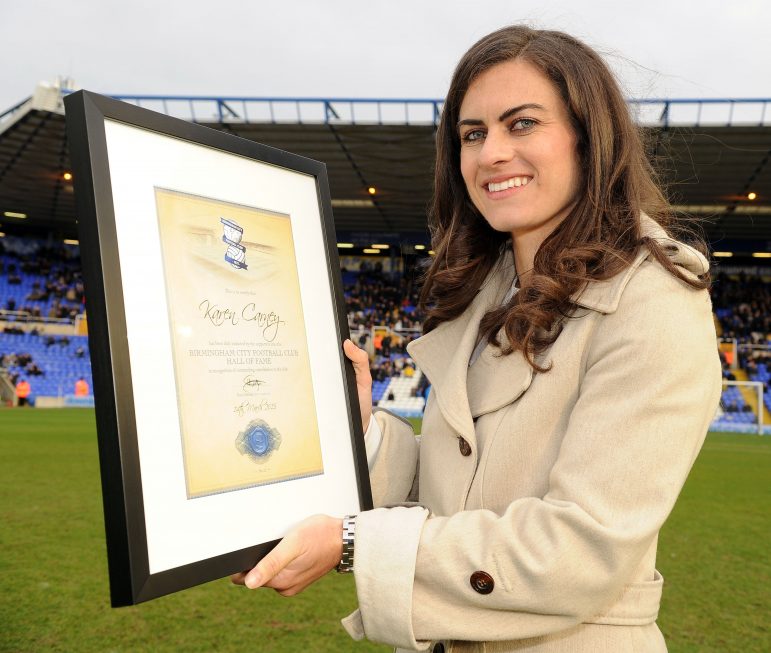 As for the future Carney still has plans to extend her career further and is targeting more success both at national and international level next season.

She added: “I love winning things and I want to win something at Chelsea. The manager has been fantastic to me here since I joined and we have the Champions League this year so that’s a big one for me.

“I’ve finished third and second for England at tournaments to go one better and win the Euros next year that would mean everything to me.”