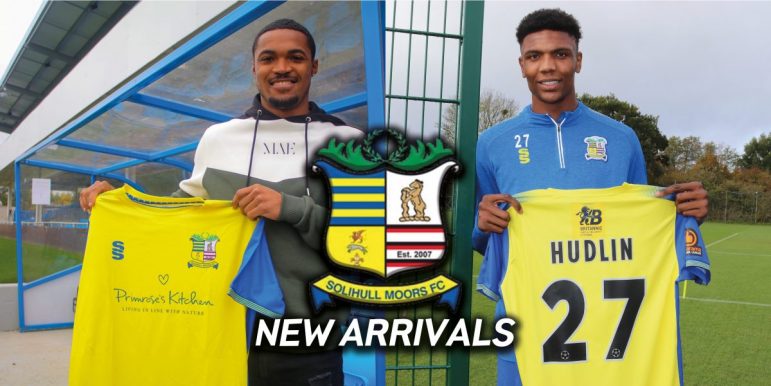 SOLIHULL Moors’ forward options have been bolstered by the additions of attacking duo Justin Donawa and Kyle Hudlin.

The signing of the pair was announced prior to Tuesday night’s 0-0 National League draw at Stockport County, 20-year-old Hudlin an unused substitute and Donawa also travelling with the team to Edgeley Park.

24-year-old Donawa arrives from National League North side Darlington for an undisclosed fee, signing a deal that runs until May 2022. 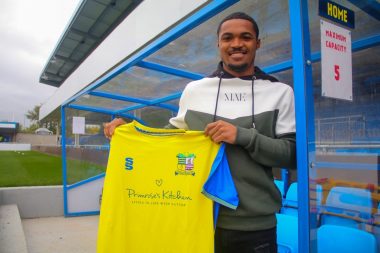 The Bermudan international comes with a wealth of experience across the sporting sphere, having originally starred as a cricketer and triple jumper in his native country, competing in athletics at the World Youth Championships in 2013, before making the move to the United States.

There, while attending Berkshire School and Dartmouth College, Donawa began to make the breakthrough as a footballer – turning out for college side Dartmouth Big Green, Bermudan team Somerset Trojans and USL outfit Black Rock.

He attracted the attention of Major League Soccer side Columbus Crew in the 2019 MLS SuperDraft, where he was picked by the Ohio-based club but subsequently not signed.

However, after moving to the North East of England with Darlington, the forward began to make his name at Step Two of the non-league ladder, scoring nine times in 37 appearances during the 2019/20 season.

And after continuing his scoring run with two goals at the beginning of the current campaign, manager Jimmy Shan has decided to make the move for the 20-cap Bermudan.

“Justin is a player that’s very quick, if we were to change shape then he could play as a wide player,” said the Moors boss.

“I think it was important to get someone in that could operate in that territory of the pitch if we wanted to make an adjustment to our shape.

“He’s very direct. I think he’ll cause people problems and defenders problems with his pace.”

For Donawa, attracting the interest of a side in Solihull that have big ambitions of breaking into the Football League made it an easy decision once an offer was on the table.

“I’m delighted to be here. I’ve been over in the UK for about a year now, so I’m glad I’ve been able to catch the attention of Solihull,” he said.

“I think it’s a club that’s been doing well and will continue to do well. I’m just excited to get going and help this team be on the up.

“From the location, to the coaching staff, to the players and to see everything that’s been invested here – it’s a great project and I want to make an impact in whatever way I can.”

His new teammate Hudlin has had a very different path into the game, joining from Midland League Division Two leaders Solihull United after proving a real prodigy in the lower levels of non-league. 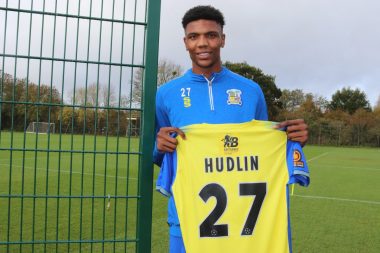 The 20-year-old, who stands at a towering six feet, nine inches, signs a two-year deal with Moors, notching 11 goals in nine appearances for United last term after signing from Boldmere Sports & Social Falcons – where he plundered 25 goals in 22 games.

Speaking on his move to the SportNation.bet Stadium, Hudlin admitted that while the jump up in standard is a sizeable one, he is more than committed to the challenge.

“My mind was made up after the first training session,” he said. “The lads are a really friendly bunch, great quality and I honestly don’t think there is a better move for me.

“The set-up is ridiculously good, as you can see you have everything here, the pitch is like a carpet and there really is nothing better.”

“I started from the bottom really, Sunday league football. I haven’t had academy training, I have got here through hard work, determination and belief.

“I’ve never given up. I’ve always believed I was going to be a footballer. I have come from step seven but I believe I deserve this move.

“It’s just now I have a platform to showcase myself and make a name for myself.”

With the backing of his manager, who views the striker as a real talent for the future, Hudlin now has all of the tools at his disposal to succeed at National League level. 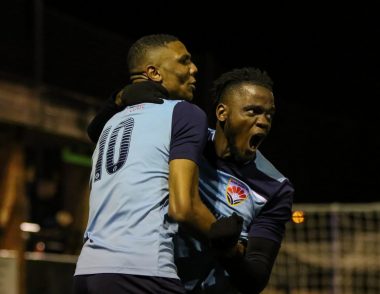 “The young boy Kyle was recommended to us by an ex-Aston Villa recruitment officer, and straight away you look at his physical presence and you’re taken away by him,” said Shan.

“For a big lad he’s got really good control and an eye for goal, of course he’s going to cause people problems because of his aerial combat.

“But he’s not just that, he’s someone that we’ve identified and we’re quite excited by. He’s obviously going to take time to adjust to full-time football, so we’re going to have to be steady with that, but he’s someone long-term that we feel is going to be a real coup for the football club.”

“I think we’ve built really well, it’s a competitive squad and that competition for places is really important. It’s more important when you’ve got people in the physio room, so they’re two welcome signings for our squad.”