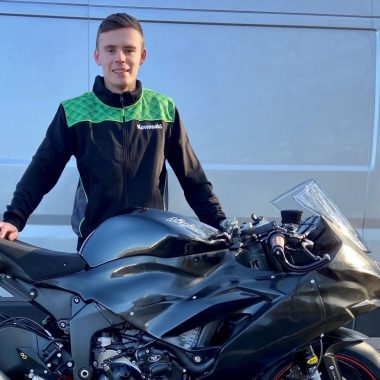 Liam Delves will hope to follow in the footsteps of his new teammate Ben Luxton in scooping silverware with the team.

LIAM Delves is confident of a successful 2021, after partnering with JR Performance Racing for the upcoming Pirelli National Junior Superstock Championship season.

The Solihull man will turn his attentions to challenging for the title this term, after his fifth-placed finish attracted the interest of the team who won the series with Ben Luxton last time out.

With grand designs of improving his standing in the world of motorsport, the 20-year-old is raring to get going.

“I’m excited to be joining JR Performance Racing but also pleased to be back with Kawasaki – as I won my first race in the series back in 2019 on the same machinery,” said Delves.

“After a successful test at Cadwell Park last week, I felt at home straight away on the Kawasaki 636.

“I’ve had a great relationship with Joe Richardson for many years now and I know together we can get the job done, so a massive thank you to him and all of my sponsors for making it happen this season.”

The aforementioned team manager feels there is much more to come from his latest recruit, even going as far as to tip Delves for an eventual Championship title.

“Everyone in the team is really excited to have Liam onboard,” said Richardson.

“He is a friendly character to have in the team and has lots of talent when it comes to racing a motorbike, and with everything put in place, I believe he can be a title contender.”

Delves will kick off the season at Oulton Park over the weekend of June 25 to 27, in a 12-round Championship which concludes at Brands Hatch between October 15 and 17.