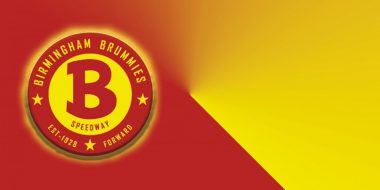 BIRMINGHAM Brummies have been provided with a double boost after the signing of Sheldon Davies preceded a starting date for the 2021 season.

With both the Premiership and Championship set to commence in early May – with fixtures announced this week – the second-tier Brummies can finally start to prepare and look forward to a return to the track.

While clubs have been forced to shape their plans for the forthcoming campaign differently in light of restrictions on Polish riders from the Ekstraliga, who are now only able to turn out for one other national league outside of their native country, the news could serve as motivation for teams to blood more homegrown riders going forward.

For Birmingham, the addition of 20-year-old prospect Davies is a glowing testament to that approach, having impressed Brummies bosses – not least team manager Laurence Rogers.

“Sheldon has been in our long-term plans since he made an impressive debut at Buxton in 2018,” he said.

“Since we came to the club, we said that strengthening our asset base with some young, promising Brits was one of our aims and we feel Sheldon can take some big strides over the next couple of years.

“He’s another example of how our involvement in the Midland and Southern Development League with the Ductair Electrics Bulls can be beneficial in more ways than one, and we’re looking forward to seeing Sheldon progress even further as a Birmingham Brummies asset.”

Reigning Premiership champions Swindon Robins and Championship outfit Somerset Rebels have confirmed they will not be participating during the 2021 season, though the interest of one club hoping to join the second tier has been confirmed in a boost for British Speedway.