WILL Powell believes that a recent Goodyear tyre test could prove to be the turning point in his maiden Kwik Fit British Touring Car Championship season.

The Knowle racer completed 220-miles and set competitive ‘Independent’ class lap times in the two-day test at Snetterton last week (12-13 Jul) and is now eagerly looking forward to the next three races at Knockhill in Scotland later this month (30-31 Jul) with renewed optimism.

Sutton Coldfield-born Powell, who is benefitting from on-event mentoring by David Brabham, made his debut in the ultra-competitive series in mid-May and has contested 12 races at the wheel of the Autobrite Direct with JourneyHero Cupra Leon.

The ‘tyre test’ gave Powell his first opportunity to drive the car away from the high-pressure scenario of a race weekend.

Powell said: “It gave me and the team more flexibility to try different set-ups with the car and explore the limits. The race meetings are so intense that you can’t really afford to try something and make a mistake in any session but in the test we could.

“The high temperatures put a lot of stress on the car but as a team we made good progress, particularly in terms of understanding our qualifying pace.

“I put in a couple of race runs with a good spread of pace on par with my team-mates. I very much feel that the tyre test will have benefitted me hugely for the remainder of the season. 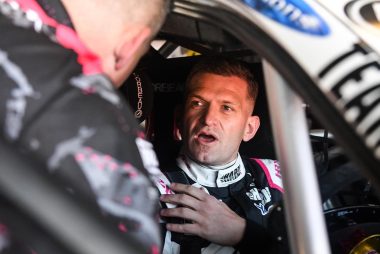 “Overall we’ve achieved many of the goals that we set for ourselves and while we are not right at the sharp end in terms of outright pace, we are making big steps in the right direction.

“The level is very high; I can’t emphasize that enough. It’s about perseverance and learning. Due to championship rules, there’s not a lot of opportunity to test so last week’s test should be massively valuable to me in terms of ‘seat’ time.

“The BTCC is a dream to compete in and I had to give it a go when the opportunity arose and unsurprisingly it’s been tough. It’s probably one of the toughest championships in Europe.

“There are 15 races remaining, the next three at the end of this month, and the test has made me feel much more at home in the car.

“Hopefully now, I’ll be in a position to have a competitive end to the season.”

During a BTCC race weekend, drivers have just 60-minutes of practice prior to a 30-minute qualifying session for grid positions, then three races the following day.

Testing elsewhere is prohibited during the season, meaning each weekend has been a learning process for Powell who is racing against drivers who have close to 180 races under their belt.