All systems go for race ace Delves - The Solihull Observer 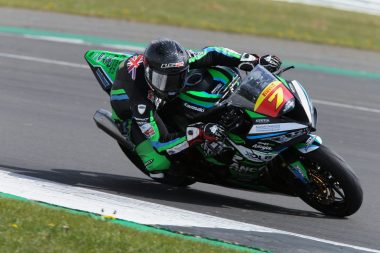 The Solihull native will be kept busy during the two-race meet. Picture by Dave Yeomans.

ANOTHER new campaign is dawning for Solihull race ace Liam Delves, who hopes to make a statement when kicking off the Pirelli National Junior Superstock Championship this weekend.

The 21-year-old has been put through the paces during pre-season testing at Donington Park, and is now in fighting shape to hit the ground running when the first round gets underway at Oulton Park in Cheshire.

Having signed for JR Performance Racing ahead of the 2021 season, a move which will see him ride the Kawasaki ZX-6R 636 bike, there is plenty of reason for the young gun and his new team to be optimistic this term – given the fifth-placed finish secured in the National Superstock 600 Championship last year.

And with no rounds taking part at Knockhill in Fife this season, due to ongoing COVID-19 restrictions imposed by Scottish authorities, Delves will instead be tasked with two races during his debut at this level – one which he hopes to pass with flying colours and without incident.