TONY Gilroy, the man who saved Land Rover in the 1980s and turned the company into ‘the jewel in the crown’ of the UK’s manufacturing sector, has died peacefully at his Worcestershire home. He was 85.

A native of Cork, Gilroy had a reputation for toughness but many saw him as an unsung hero of the British motor industry.

His career started at Ford before becoming manufacturing director of the Longbridge factory. He managed to convince the workforce to accept the British Leyland rationalisation plan, and was instrumental in the dismissal of the trade union convener, Derek ‘Red Robbo’ Robinson, who opposed it.

He played a key part in the introduction of the Mini Metro in 1980 and was promoted to managing director of Freight Rover, the van manufacturer. Given six months to turn the company around – or close it – Gilroy saved the business. 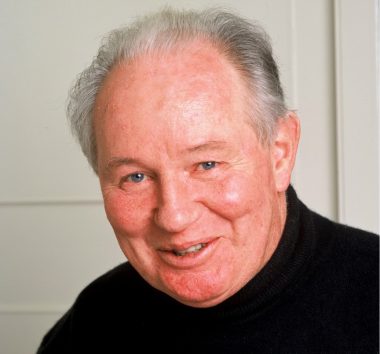 In 1983 he was appointed to the top job at Land Rover, and within months had identified its deficiencies.

At the time 75 per cent of the company’s business was from sales of Land Rovers in Africa, the Middle East and Far East. But the collapse of the African economies, and the decline in oil revenues closed many of those markets.

He recognised Land Rover had to be more successful in Europe and Australia and more importantly in North America and Japan.

To succeed in America the Range Rover had to become a luxury vehicle with bigger engines, leather interiors, and other refinements.

He also set up the team that developed the Land Rover Discovery and by using the existing Range Rover suspension and chassis – as well as raiding the parts bin from Austin Rover – developed the Discovery at a fraction of the cost other manufacturers were incurring for their new cars.

The investment in Range Rovers and the Discovery was made possible by Gilroy significantly reducing the company’s manufacturing cost base. He closed more than a dozen satellite plants and moved 3,500 people into the main Solihull factory.

With Prime Minister Margaret Thatcher’s government anxious to sell off British Leyland, Gilroy wanted to acquire Land Rover through a management buy-out but Mrs Thatcher prevented the Rover Group being sold off piece-meal.

Gilroy left the company at the end of 1988, ironically before the launch of his creation, the Discovery.

He later headed up Perkins Engines, part of the Varity Group and when it merged to become LucasVarity he rose to chief operating officer worldwide.

When he retired he was able to spend his leisure time playing golf and also took up shooting.

He leaves a widow, Sandra, son Declan, daughters Claire and Fiona, and seven grandchildren. He was pre-deceased by son Aidan.